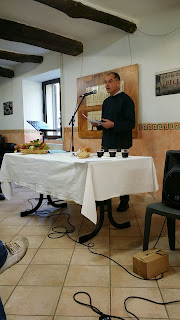 Well my journey to the UNEPREF Pastorale was idyllic. I had a 90 Page paper to read, but the view from the train window to Montauban was too beautiful as we passed vineyards, orchards and the Canal de la Garonne. Then by car to Toulouse, a brief comfort stop, then off to the venue for the pastorale, la Bécède, which is in the mountains of the Cévennes, surrounded by peaks, forests and cows with bells on, which produce a constant jingling sound. 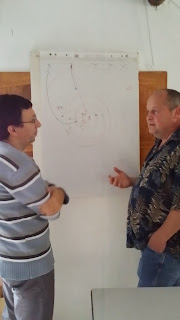 I was in a room to myself and apart from an annoying illuminated sign above the only door which told me it was the fire exit I slept pretty well. A scavenged piece of towel placed over the sign helped.

The food was good, too. Confiture de marrons for breakfast, gratin de poissons avec des moules, lasagnes, roast pork with salsify were among the highlights. 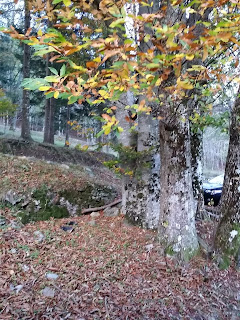 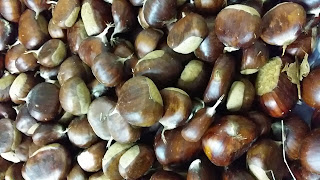 It was good to be with the corps pastoral of the UNEPREF, the papers were good and thought-provoking, it was good to hear about the churches and their life and to share  and pray together.

The journey back was complicated by a trail crash - a car went under a train at a level crossing at Castelsarrasin, so my train from Montauban to Bordeaux was replaced by a bus. Still, I arrived at Bordeaux an hour later than planned and was able to hop on a train for Alouette-France.

The biggest negative point - I caught a cold, probably from the person who sneezed on the back of my neck - you know who you are, though I didn't and still don't ! Still, that's part of sharing, no ?
Posted by Alan at 2:21 pm