Fabien, before and after

Saturday evening's storm was named Fabien. Here's the view from our balcony before and after. Not much destruction. Other places got much worse - a village in the Pyrenees was devastated by a local tornado, and Bordeaux's town Christmas tree outside the cathedral was blown over.

In 1999 there was a big storm that devastated the South-West of France. We, of course, were safely nested in the North-East of Wales.

In 2009 there was another big storm that confined us to barracks until it all calmed down, that removed a good portion of the tiles from our roof and others in Pessac, caused some deaths and felled many trees.

We regularly get big storms, but now and again we get a really big one. Our building is very exposed, it gives it its charm, but it also means that we'll have to be very careful with what we put on the balcony and when the next BIG STORM comes we'll need to prepare very well.

This one isn't the biggie : 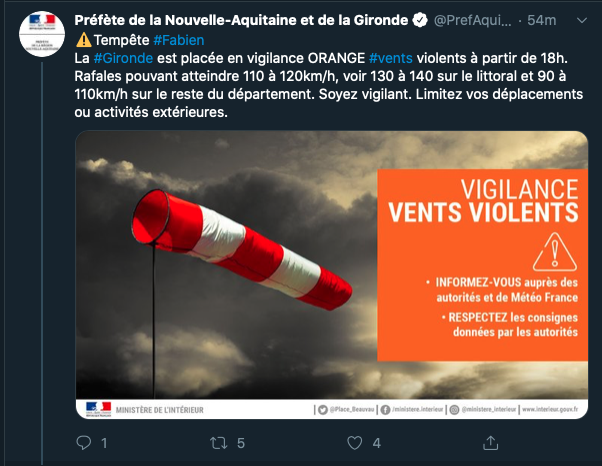 Big question. Do we return to the UK or stay in France?

We have about 5 years maximum to decide. 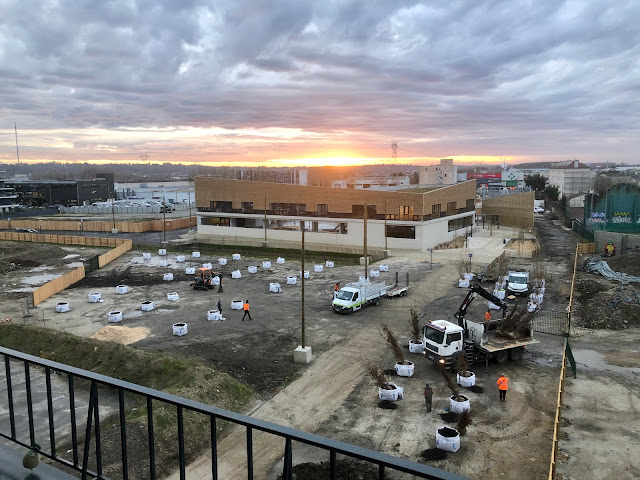 It seems that the trees will stay for the moment in their canvas sacks.
Posted by Alan at 10:49 am No comments: 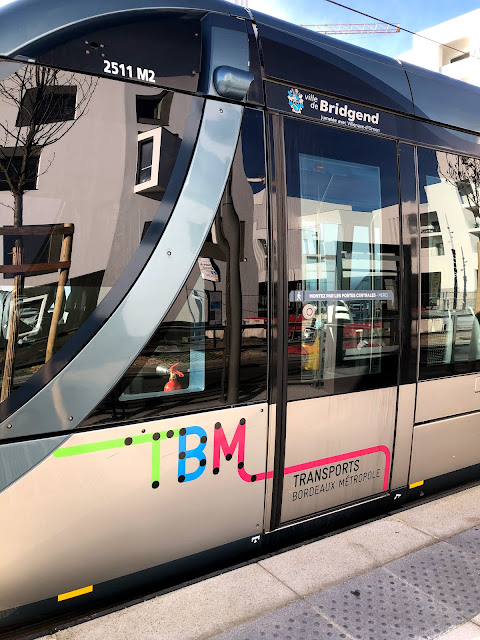 This is the tram I just missed getting onto 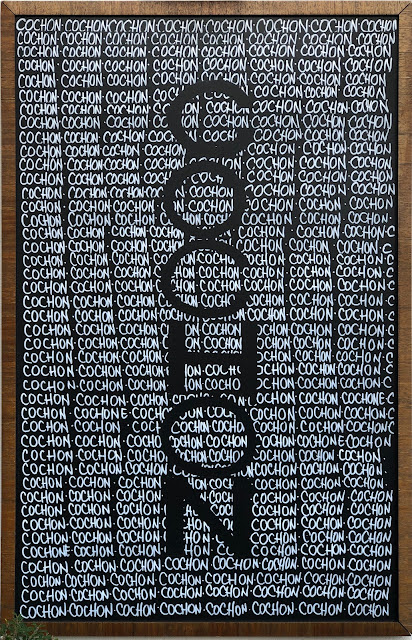 The abandoned car was towed away today.

Not only that but about twenty trees have been delivered into the area between our flats and the little school.

On Saturday tram D was inaugurated by our old mayor, Alain Juppé, and his replacement, Nicolas Florian. We rode it home in the afternoon and confirmed that it is indeed named tram D for Davey - it takes us directly from our house to where the church meets.

It does go a little further, though, so today we decided to make an expedition, to have an adventure, and to ride the tram D (D for Davey) right to its end at Le Bouscat.

We have never explored Le Bouscat before, but we found a humble, unassuming little town with a couple of pizza joints, a brasserie, some estate agents and banks and a small supermarket. It also had a nice little town hall and an ENORMOUS library.

After exploring a little we bought some sandwiches in the small supermarket and ate them while finding our way back to the tram. I paused to take a photograph while Pat got on the tram. The doors closed behind her and when I pressed the button to open them again the tram started moving. We waved goodbye.

We were soon reunited at the next stop, however, enticingly named "Calypso". We imagined beach huts, margaritas and limbo but instead there was a clinic.

Get out and vote, everyone! I know it's a challenge and I feel and share your pain and perplexity, but at least we have a vote, so let's use it!

However, my postal vote didn't come, so whatever happens it wasn't my fault.

And what's more, this will probably be the last UK election in which I'm allowed to vote. Once you've been living outside Britain for 15 years you lose your vote.

There's a national strike today to protest at pensions reform. The pensions situation in France is quite complicated. Essentially you can currently retire at any age after 62, but certain jobs have special arrangements. For example, because railway workers have a really hard and nasty job they can retire earlier.

Not only that, but the retirement and health system is divided into organisations a bit like unions, so that you pay into the "regime" for your profession. That means that our regime, the one for priests, monks and nuns, gives us quite a good deal for health cover but doesn't provide much of a pension since it is tailored for folk who don't have families, and who end their lives in religious retirement homes.

Over the years these systems become more and more complicated, with loads of special cases, so the government wants to simplify the system. This may mean that some people lose some of their special conditions for retirement. It also almost certainly means that people will end up retiring later.

In the UK the government raised retirement ages and I don't remember much fuss about it. Probably people wrote to their MPs. Anyway for Pat and I to get our state pensions we will need to work until November 2025, when we'll both be 66. This would be a difficult time to return to the UK and we could never afford this flat on our various pensions, so, all being well, we hope to retire from the mission in the Spring of 2026 and return to the UK. We have not yet talked about this with UFM, though we've started talking it through with the church here.

In France people do make a fuss. It's the normal democratic process here. The government proposes some legislation that will change people's lives and people march through the streets to encourage them not to go too far and not to remove their privileges.

The school opposite is scheduled to open in January, if our understanding is correct, and this has led to a spurt of landscaping between us and the school. Fences have been erected with huge gates to allow lorries to pass. A kind of road has been established between our flats and the school, though I can't imagine why, unless they anticipate the kids going from our flats to the school each day. But most surprisingly of all, the abandoned Ford Focus has been moved. Not removed. Merely moved. But surely removing it is the next step. 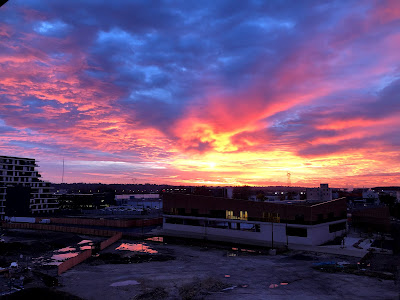