Some photos of Paris - The Luxembourg, near Notre Dame and Sainte-Chapelle 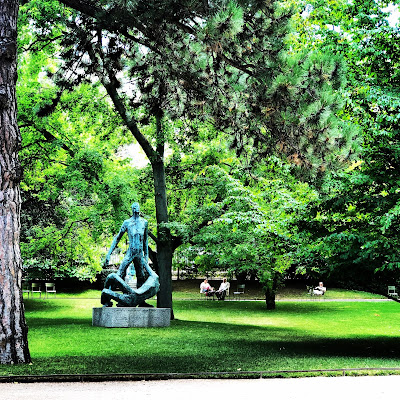 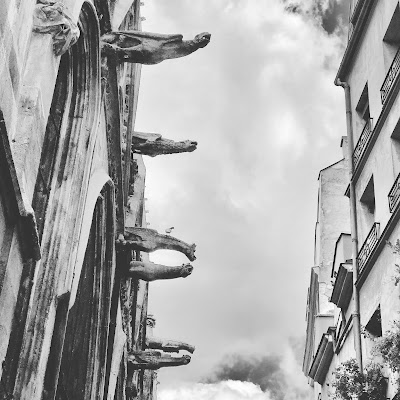 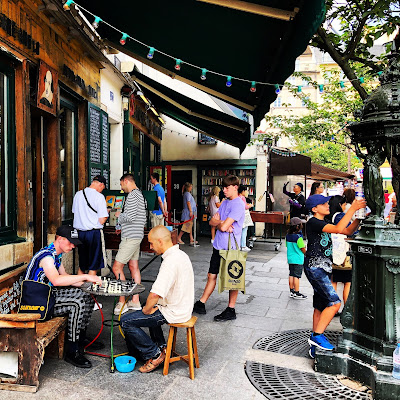 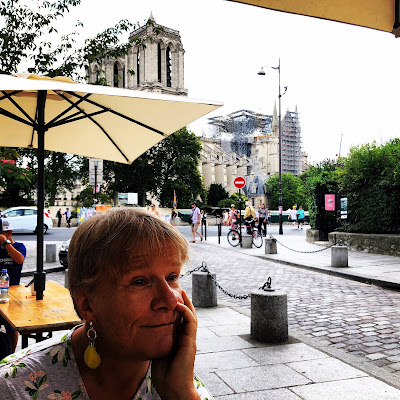 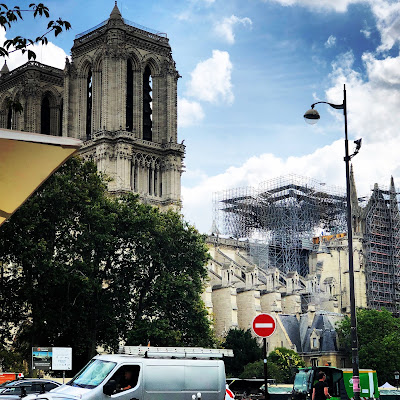 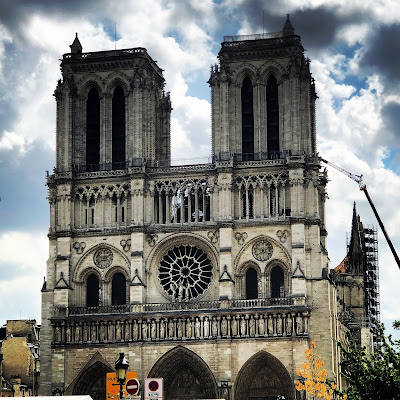 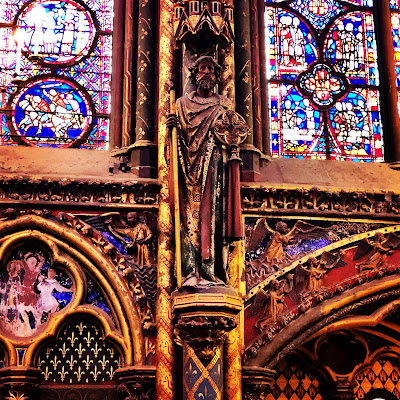 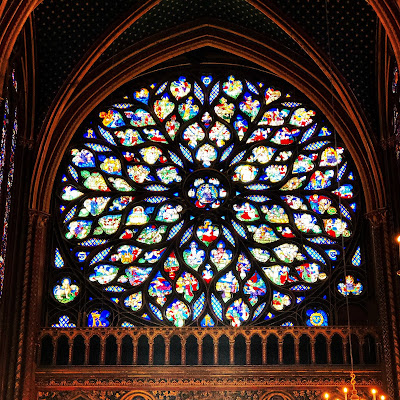 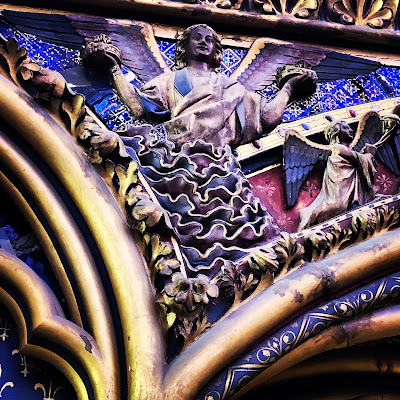 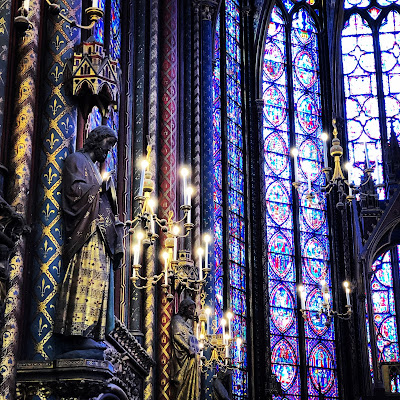 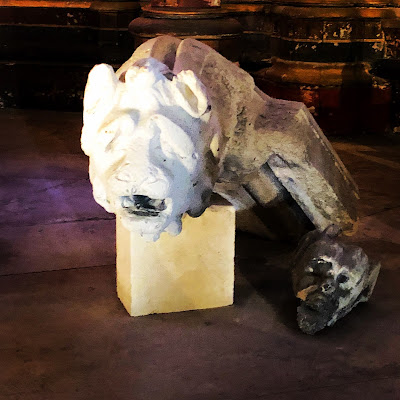 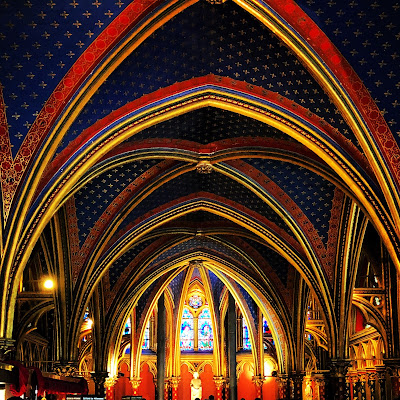 Appointment made - I see the surgeon next Friday

We have cloudy skies!

Last night we had discreet and gentle storms with, thunder, lightning, rain and everything except those nasty strong winds. I, meanwhile, was having trouble sleeping, so I saw some of the show, paying for it with mosquito bites on both legs.

I've not posted any photos of Paris yet. They will come. I'm drip-feeding them into Instagram and thence into Facebook. Once all has been done I'll pop some on here. 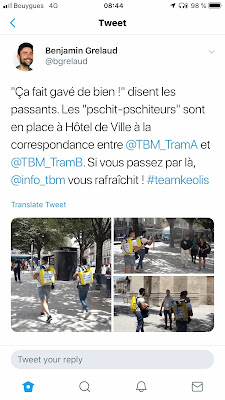 To combat the heat the SNCF are distributing bottled water at the central railway station, the bus and tram company are giving free granitas at Quinconces and at the place where trams A and B cross a little team of folk are on hand to spray passers-by with water - the "pschit-pschiteurs".
Posted by Alan at 11:16 am No comments: 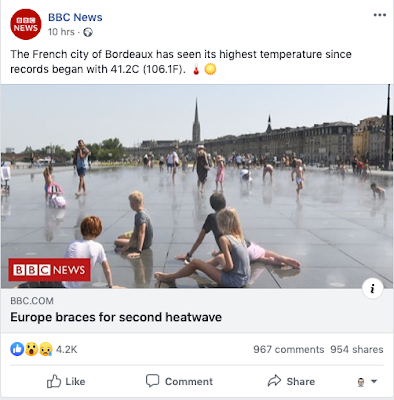 We did our outside chores early, then lowered the shutters, closed the windows, put on the fans, washed towels and hung them around to dry and managed to keep the temperature in the flat down to 30.5°C.
Posted by Alan at 7:39 am No comments:

Paris will always be Paris

The morning after the Fête Nationale we packed quickly and sped off by fast train to Paris where we had booked four nights in an AirBnB not far from Montmartre and Sacré Coeur. Our goal was to explore parts of Paris that we'd never seen and, perhaps, to kindle that affection for the city that we see in so many others.

We live just 10 minutes walk from the station so we stopped off at McDonald's to buy salads to eat on the way, our train left at noon. The place was very crowded indeed and salads are not the most high volume sellers, so we waited rather longer than we felt comfortable with before charging off to the platform, where there was nobody to check our tickets, and installing ourselves in our upper-storey seats. The train gives you a good view of the changing French countryside, vines giving way to sunflowers, then to pastureland, then to wheat fields that you just long to run through.

Bordeaux is just two hours from Paris by train - if you choose the right train. Our, cheaper train would take three hours by stopping at Angoulême and at Saint-Pierre-les-Corps before arriving at Montparnasse.

We thought we'd walk across the river before getting on the metro, passing the Grand and Petit Palais, but the route we took meant that we ended up trying to walk through the Elysée palace. Oops. The charming policewoman with the submachine gun explained our error and we took a detour via the Place de la Concorde then back down the rue Faubourg Saint-Honoré where quite by chance we fell into one of Paris' coffee shops, Honor. Suitably refreshed we gazed at the other side of the Elysée before hopping on the metro for our area.

We booked our apartment on AirBnB and the rules are that you book the place before you know the exact address, so we were pleased to discover that we were staying in Rue Davy, in the middle of a busy and crazy area filled with bakers, cafés, restaurants and shops of every kind. In fact Napoleon had a bare-faced cheek calling England a nation of shopkeepers. I guess he never took a bus in Paris. It's shops all the way!

The firework display was interrupted when the barge carrying the fireworks caught fire, but there was a  rapid intervention by our fire service boats and nobody was injured. 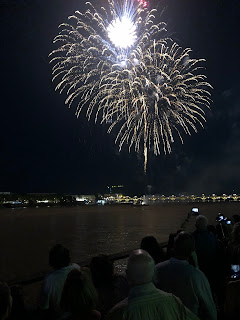 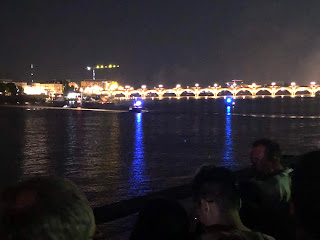 A visit to Méca

We went to visit the new Maison de l'Economie de la Création d'Aquitaine, a massive building just a short walk from our flat. 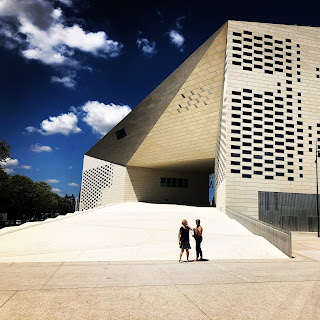 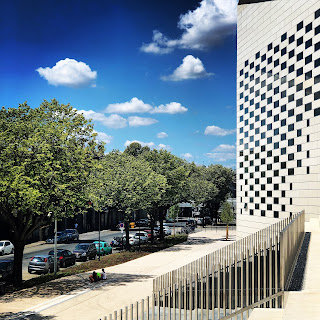 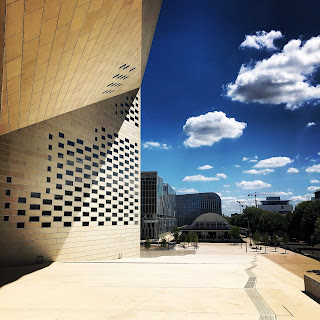 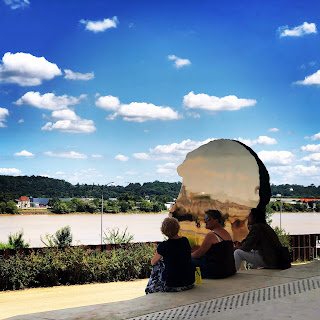 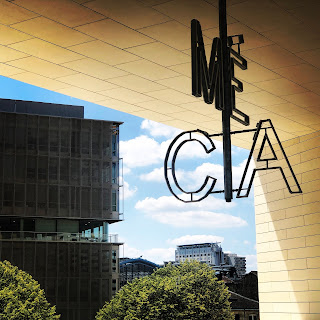 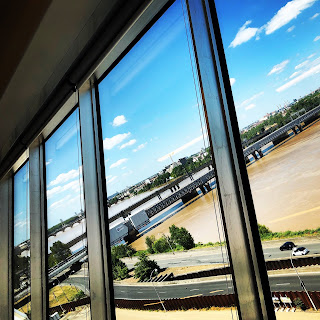 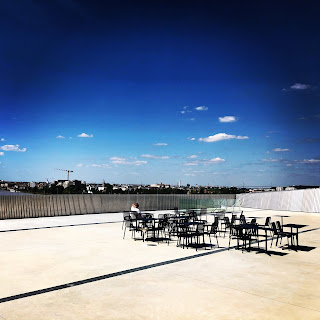 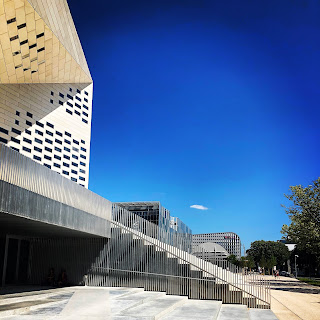 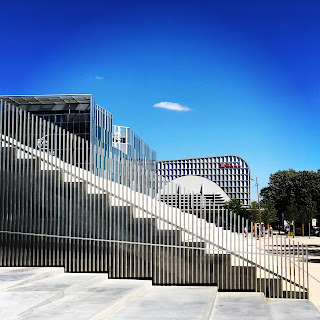 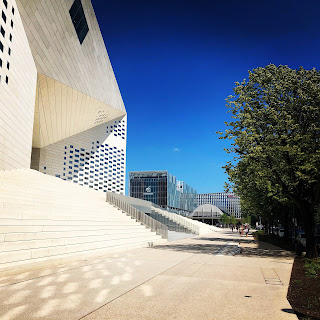 Bordeaux to triple the rate of tree-planting

The city council has realised that the pedestrian areas of Bordeaux are short of shade, especially in terms of tree cover. Pedestrianisation has been pretty rapid and extensive. It's great. It means that huge areas of the city are easily accessible and safe on foot. But there are HUGE squares with no shade at all and many of our lovely streets also have no trees.

So the city council has decided to plant 20,000 trees over the next three years and they've made an immediate start by putting tubs of trees in the square outside the town hall.

Will this get us on our bikes?

We have two bicycles - my old Rudge BiFrame, which needs a new cable for the rear derailleur, and a splendid upright town bike we got second-hand in a bike shop. Recently Pat also borrowed a bike from the Maison du Velo in Bordeaux. They'll lend you a town bike free for ten months.

Our apartment block has a bike store - it's a big room near the entrance with lots of hoops to attach your bike. But to get the bike out you have to wrestle it past the self-closing doors and negotiate several right angle turns. It's awkward. So we walk and tram and bus and forget the bikes...

So here's the plan - the same Maison du Velo will loan you a folding bike for two months. We'll get one on Monday. That way we can fold it up when we get back to the apartment, lug it into the lift and store it by our front door.

If it works well maybe we could get our own once the two months are up...


Catrin's been interviewed for a job teaching English at her old primary school in Pessac.
She'll hear by Tuesday.

Like 24°C minimum overnight. Which means that in the morning when you open the widows to air the flat it's already hot.

So the heatwave is over, but now we just have heat.

The heatwave in this area never got above a yellow alert, so we were spared the extremes of heat, but it was still extremely hot indeed.

The way we manage this is by :

1) keeping the shutters lowered on all windows where the sun strikes.

3) drinking LOTS of water and quite a lot of tea

5) sleeping under a sheet

Americans find it amazing that we don't have air-conditioning, even in new flats, but French people are a little wary of cooling the house too much anyway, and the dry air that air-con produces is bad for your throat.

But even with these measures the heat can be difficult to handle. For example, last night was the choir's end of year meal. For us it meant a 10 minute walk to the railway station, then a 10 minute rail journey followed by a 20 minute bus ride. We'd get a lift home. Hardly excessive. But we couldn't quite rouse ourselves to go.