Today is Fête de la Musique, so the day began at the Espace Musical de Pessac, where Catrin has her singing lessons, for breakfast of pains aux raisins, and the Assemblée Générale.

Afterwards home for pancakes for lunch, then work on the order of service for tomorrow.

Then into town for my annual fix of bandas.

To the Porte Cailhau where our friends' jazz band was playing.
Then to Place Saint-Projet where there was first a pipes band, then Los Téoporos, one of my favourite bandas. They're medical students so they're absolutely barking mad. It's the stress.
They were followed by Lesbogoss from Bègles, who were quite disappointing. They played well, in tune and in time. What's the fun of that?
Then to Pessac, which was buzzing', to hear les Brasseurs de Vent, our own Pessac Banda. 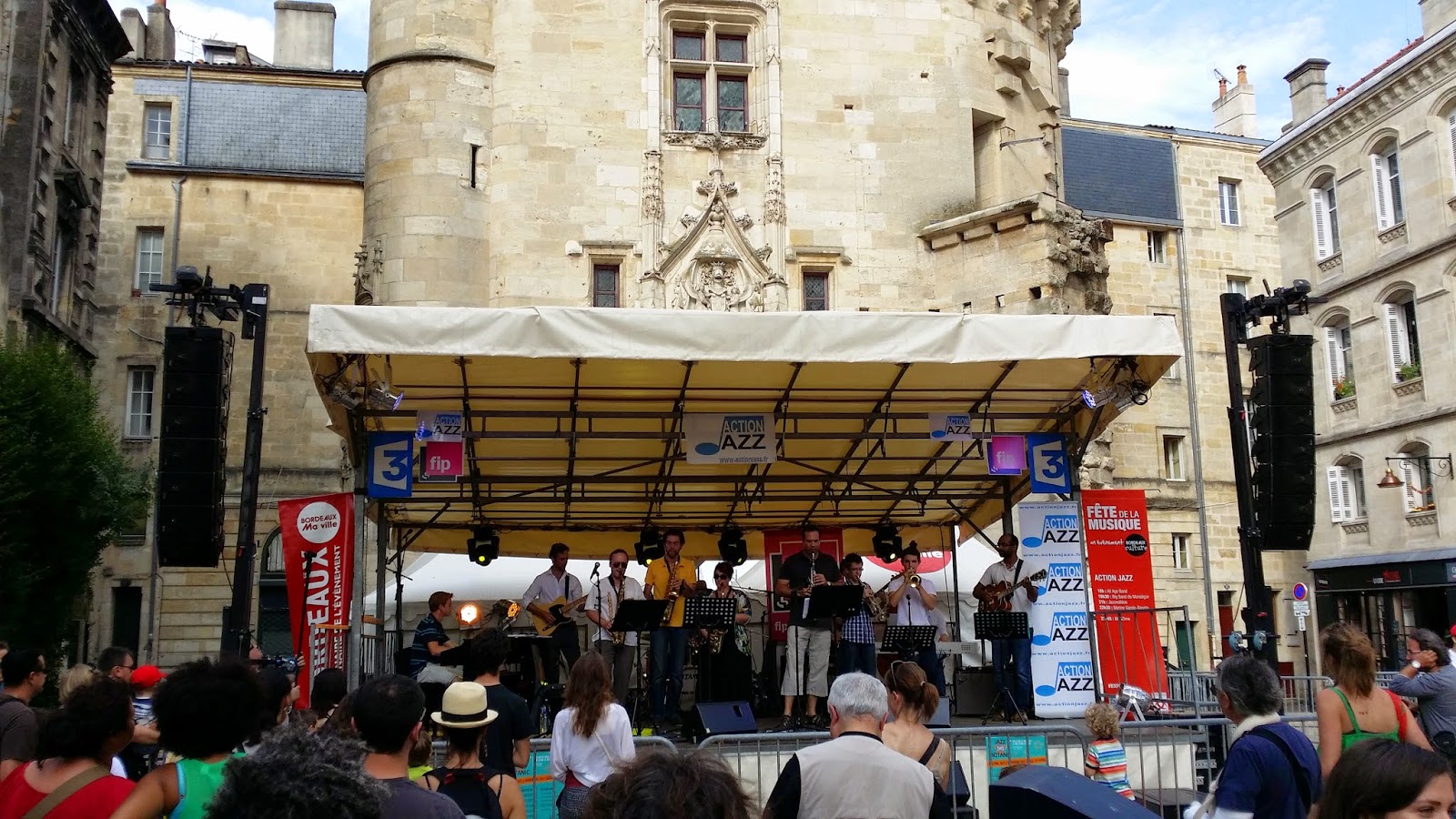 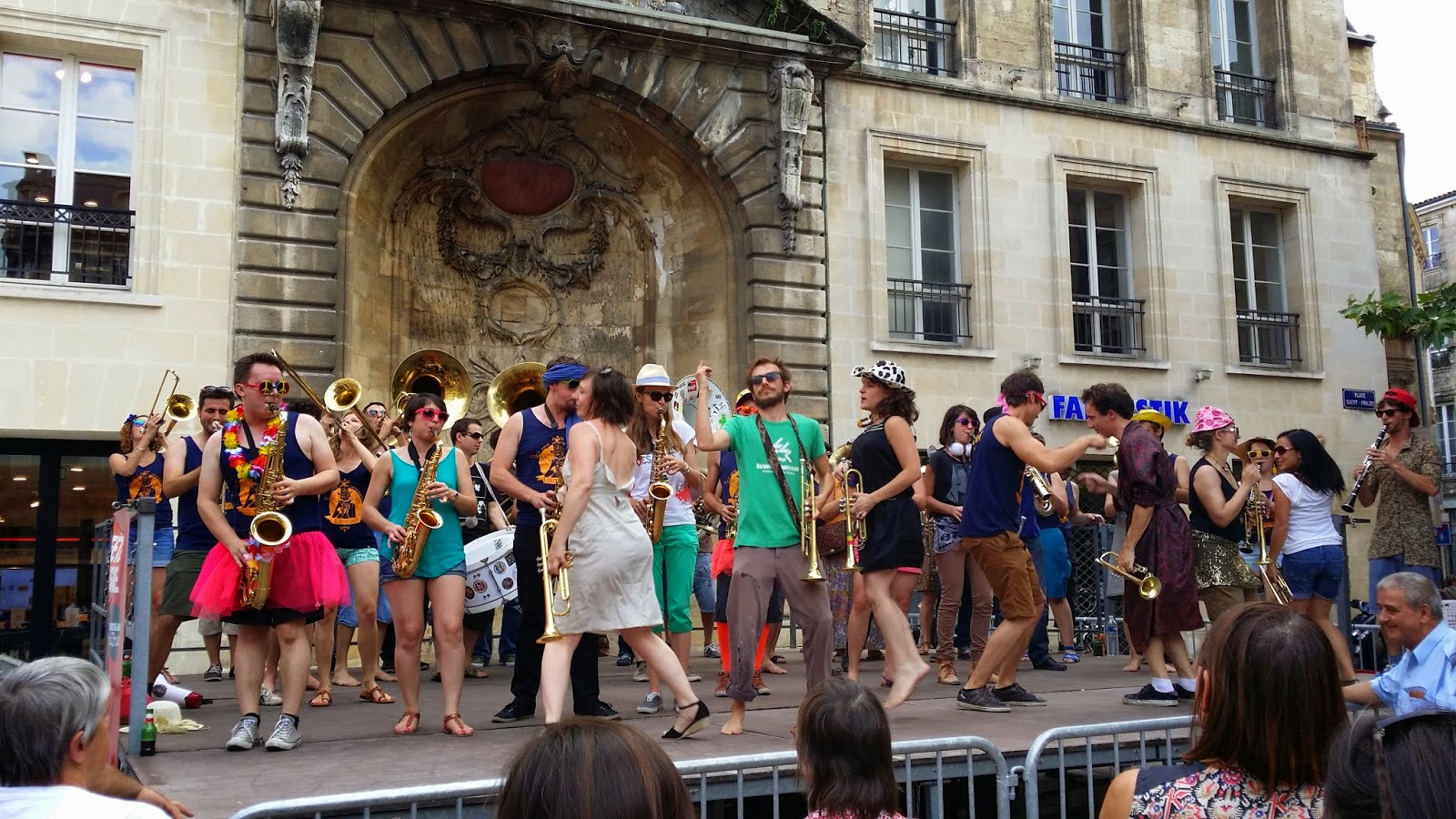 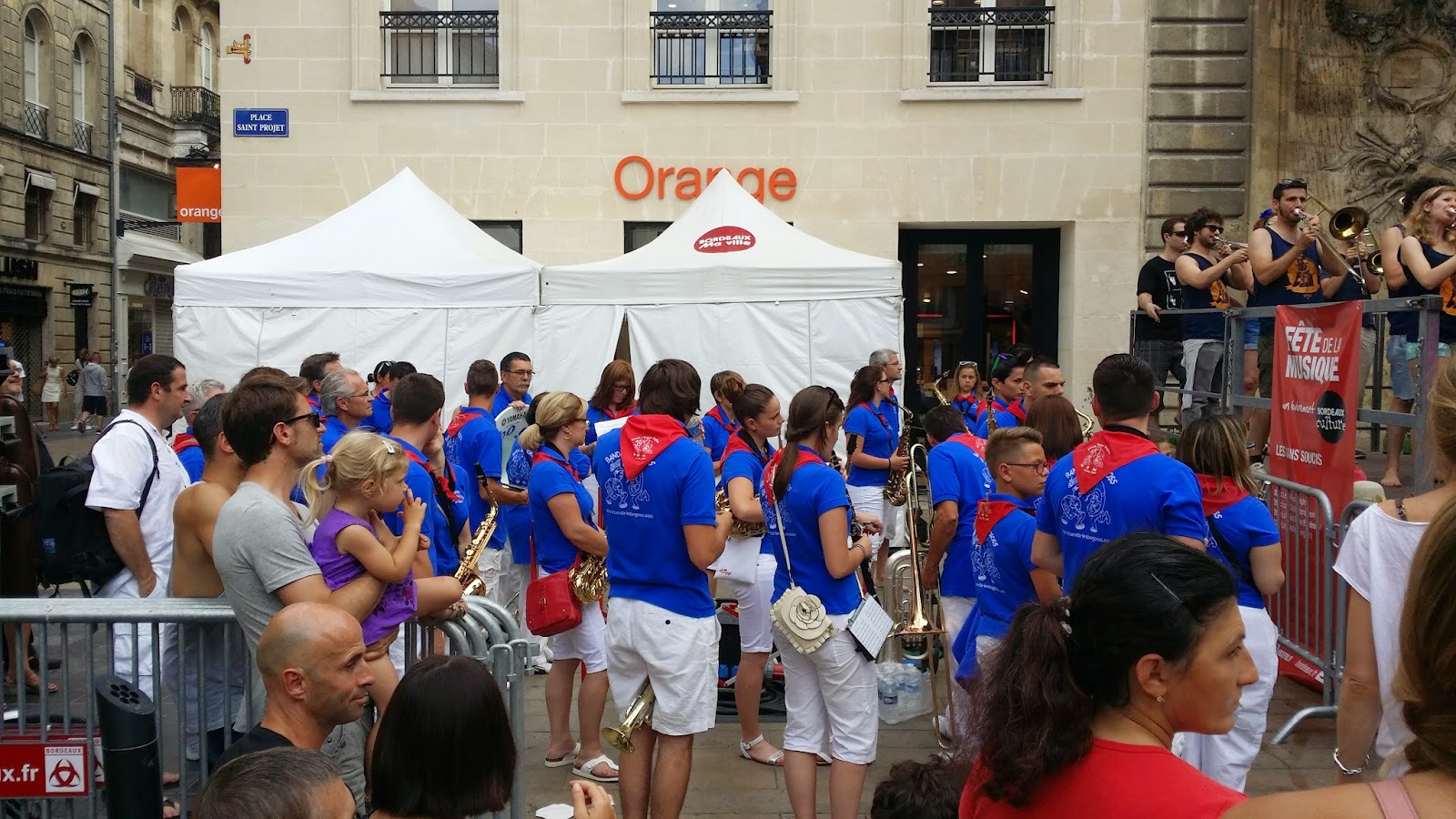 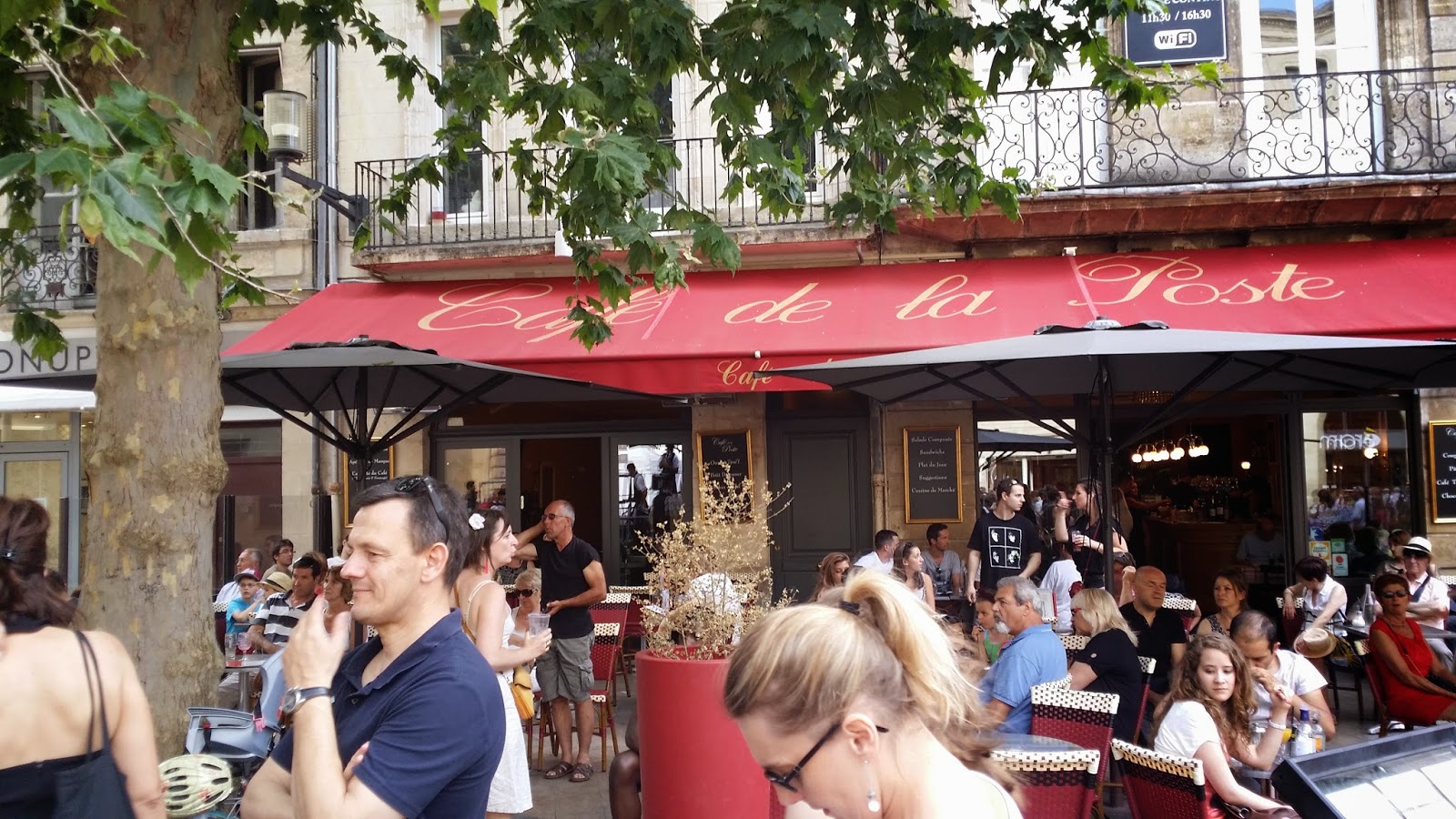 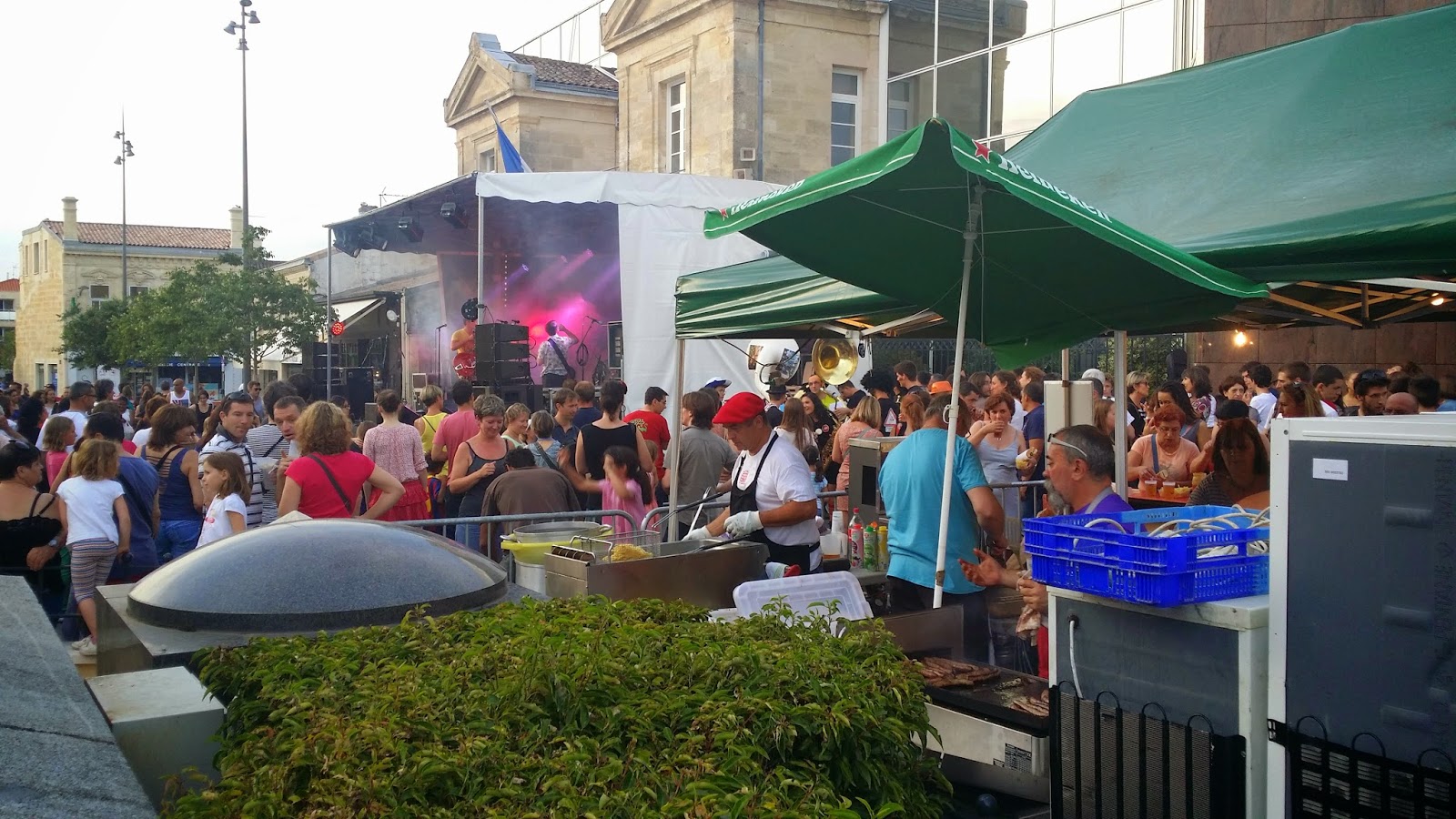 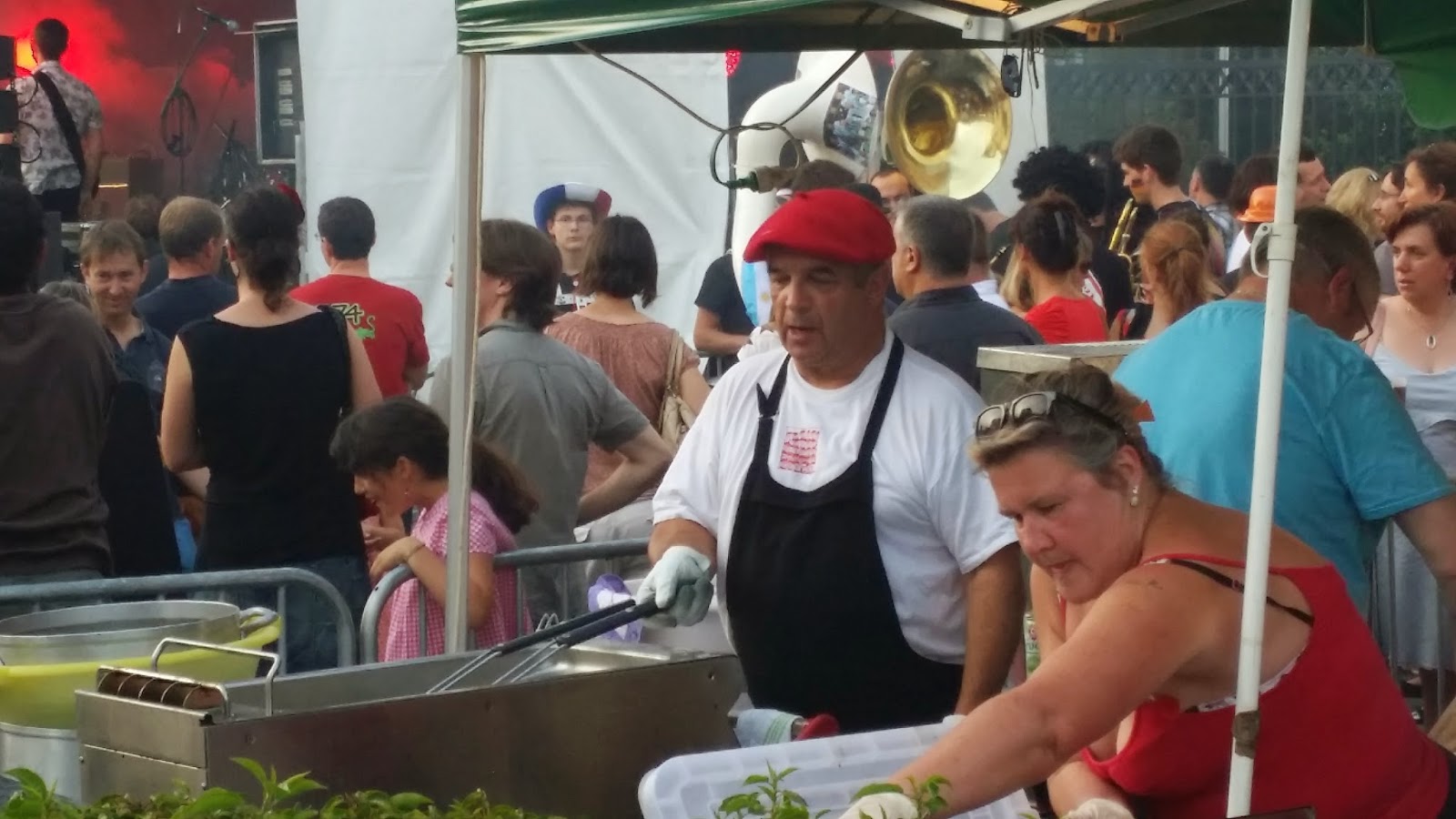