Today is the 70th anniversary of the liberation of Bordeaux. As the Nazi forces were retreating they continued to struggle to hold Bordeaux because of its strategic importance as an atlantic port. However fighting broke out in various places in the city as people started to challenge the occupying forces. Shots were fired in the centre of Bordeaux. A soldier threw a hand-grande into the crowd at Talence. The city could not be kept.

The order came to leave the city, but not before destroying the port by blowing up the quays. The collaborationist town hall negotiated to try to save the city. Meanwhile, a brave German soldier sabotaged the planned destruction by blowing up the ammunition dump. He later settled in Bordeaux, took French nationality and died some years ago in the city he protected.

The port was sabotaged by another means, though, and a path for shipping was not reopened until 1949. Some sunken ships remain in the estuary and one can be seen in central Bordeaux at low tide. 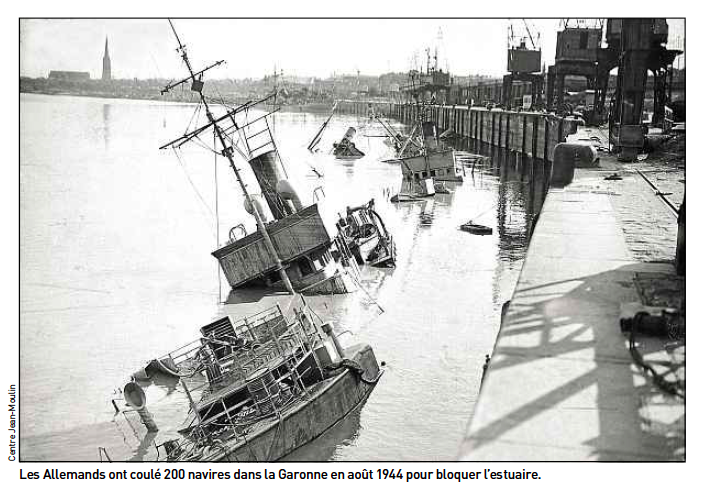