Yesterday was a beautiful day, wonderfully sunny, it hit about 30°C. So after an early lunch Pat and I went into town. 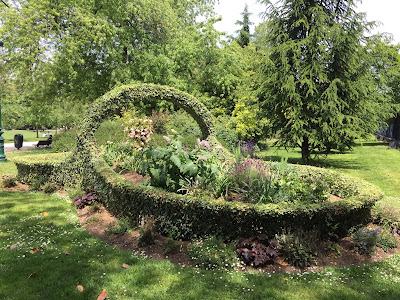 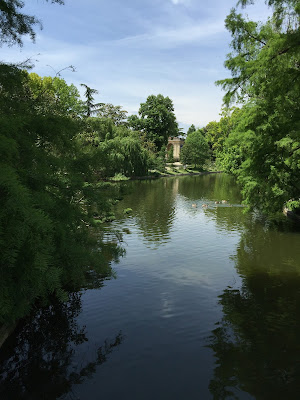 Afterwards we went back into town, through the tents and booths of the Epicuriales, the annual restaurant festival, when the cafes come to the Allées de Tourney and all kinds of great lunches are offered at 15€ a head. 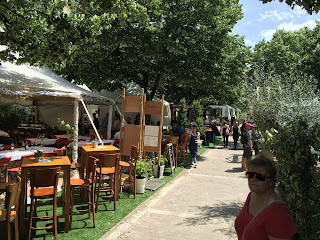 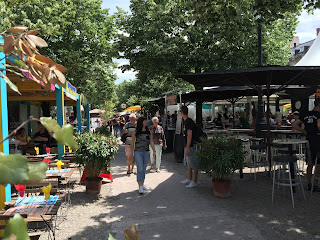 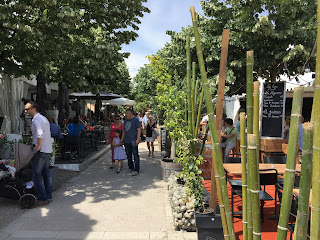 As we got to the Grand Théâtre there were all sorts of commotions going on. We wondered if it was the March for Jesus about to hit that part of town, but all we saw was a convoy of wedding cars with people hanging out of the windows with selfie sticks as they honked their way through the crowded streets.

At a stall some folks were giving out red roses for Mother's Day. They were a group of Muslims, trying to show a smiley face in what must be a difficult context. I chatted with one imam while Pat accepted a rose from someone else. I was less enthusiastic about the other chap who had his video camera up my nose, but hey. 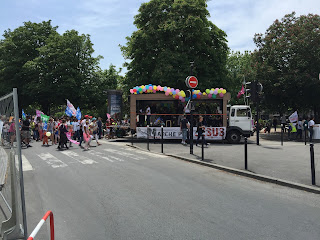 Then to Macdonalds for a quick ice-cream before heading off home. As we got to the number 4 bus stop what should we see but ... March for Jesus, just hitting Gambetta. There were about two to three hundred people, I think, a thousand according to the organisers, 75 according to the police, with two lorries, one with a singing group in full flow. I can't remember what the purpose of the second lorry was. 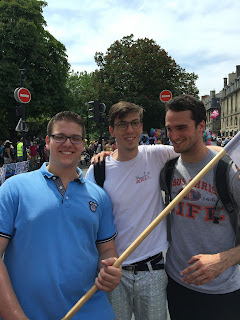 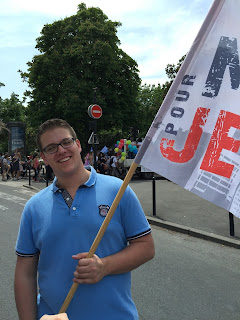 That evening there was a massive storm. The thunder and lightning were very impressive. I watched planes landing through it all and wondered what it was like being a passenger just then. Catrin, meanwhile, was picnicking on the quays when the storm hit, with accompanying mini-tornadoes, sudden torrential rain, strong gusts of wind, and thunder and lightning. She got home severely wet, had a shower and took to her bed. 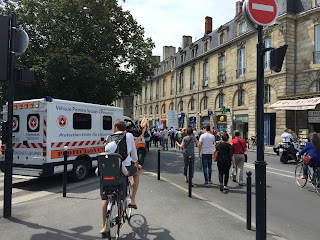 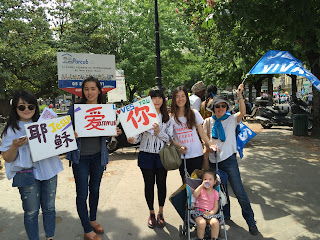 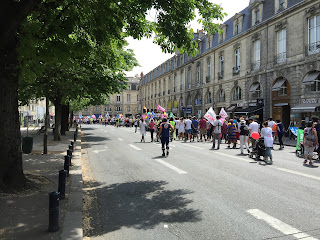