A swift visit to Lourdes

Lourdes is about 30 minutes by train from Pau, so we went for the day. Two women were sat in our seats. "You can sit in front. We sat in the wrong seats", they said. I don't much care where I sit, but thought it might have been nice to excuse oneself, so I said, "I hope that works out". All the way to Lourdes they were reciting their rosary, so perhaps they did excuse themselves - though not to us.

As we arrived the train conductor announced "We will shortly witness the apparition of the station of Lourdes." It set the tone for the day.

Lourdes is like a cross between a run-down seedy seaside resort and the Sistine Chapel - or if Father Ted was filmed at Clacton-on-Sea. We goggled at the sacred supermarkets, found somewhere for lunch, visited the shrine and saw the grotto.

Then it was a toss-up between the castle or the funicular railway up to a mountain peak. The latter won, so we had a 30 minute forced march out to the place, then a quick scamper round the summit before haring off back and missing our train back to Pau. There was a later train. 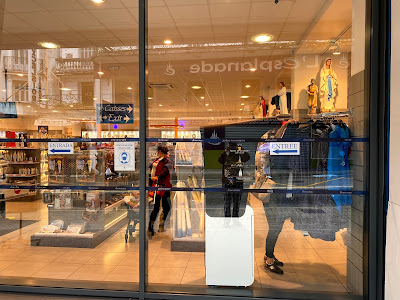 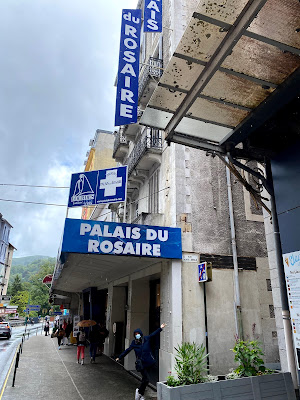 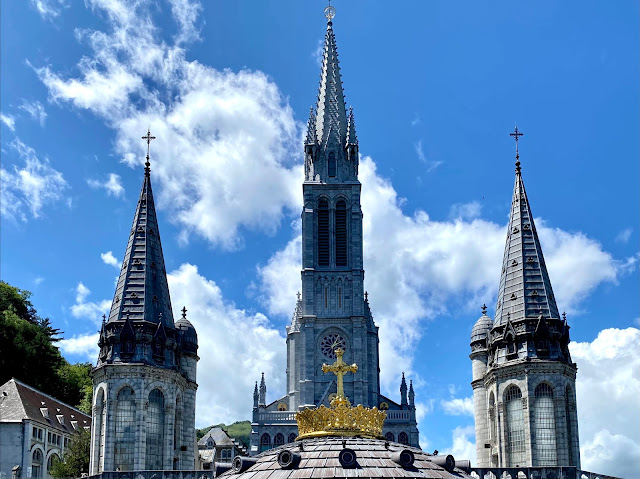 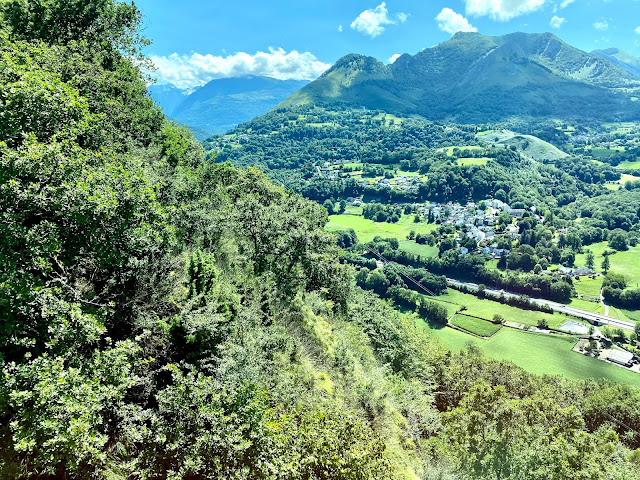